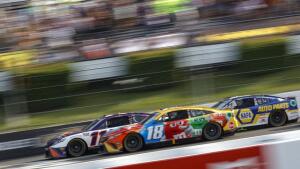 Charles E. "Sonny" Erford, 80, of Dillsburg went to be with the Lord on Monday, August 8, 2022, at the Claremont Nursing and Rehabilitation Center, Carlisle.
He was born August 15, 1941 the son of the late Maurice and Kathryn (Hess) Erford.

Charles grew up in Franklintown and Dillsburg and his family owned a farm in Dillsburg where a variety of animals were raised and butchered for market in Harrisburg. He was a graduate of Northern High School, class of 1961. Charles served in the U.S. Army from 1961-1965 and was stationed at the North Pole. Upon his discharge, Charles worked at various jobs. His last years of work were at Kampel Enterprises in Wellsville.

Upon retirement he loved NASCAR, camping, and being in the outdoors. Charles was a member of Emmanuel Lutheran Church in Franklintown. He served as President of the church council and was involved in other church activities. He was a member of the Dillsburg American Legion Post #26 and the South Mountain V.F.W., Post # 6771.

In lieu of flowers, memorial contributions may be made to his church, Emmanuel Lutheran Church, P.O. Box 125, Franklintown, PA 17323.

To send flowers to the family or plant a tree in memory of Charles E. "Sonny" Erford, please visit our floral store.