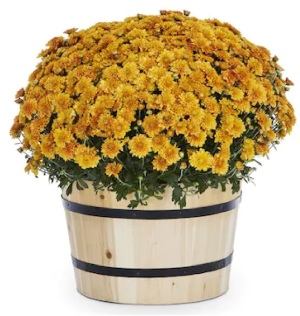 Lawrence (Larry) Edward Dost – beloved husband, father, grandfather and friend - passed away on July 24, 2022 after suffering a severe asthma attack. He was 78.
Larry was born in Gary, Indiana on September 20, 1943, to Irvin and Carol (Jankowski) Dost. His family moved to Fairless Hills, Pennsylvania when Larry was seven. Larry graduated from Pennsbury High School in 1962 and went on to Elizabethtown College where he majored in Business Administration. Larry retired as Director of Claims from Capital Blue Cross after 42 years.
Larry also served on the Latimore Township zoning and planning boards for many years.  In 1999 he ran for Supervisor, where he won by a landslide. Larry served as a Supervisor for 23 years. Larry was always very active in church.  He served as a board member and as the Treasurer for Christ Community Church. Then, for 10 years, at Life Center Ministries International, Larry and his wife led prayer and leadership teams.
In 1962 Larry met his wife, Caroljean (Stricker) Dost at Elizabethtown College. They were married on February 19, 1966. Soon after, they welcomed their son, Adam and then daughters, Lisa and Laura.
Larry and Caroljean called York Springs, Pennsylvania home for over 50 years; where they combined their names and created Lawrol Lea Farms. Nothing brought Larry more joy than being home on the farm, surrounded by his family and with a fishing rod in his hands.
Larry loved to garden and get his hands in the dirt.  He started Lawrol Lea Mums as a project to raise money for college for Adam and Lisa.  For ten years he grew and sold chrysanthemums wholesale and at local fairs and festivals.
Larry also enjoyed volunteering in the community and traveling. He never met a stranger – or a buffet – that he didn’t like. Larry was known for his outgoing, kind nature. He was quick to jump in where needed and always had time to help a friend.
In 2008, Larry retired from Capital Blue Cross, but he would not stay still for long. He began working part-time for Latimore Valley Township where he worked on the road crew.
Larry was preceded in death by his parents, Irvin and Carol; daughter Laura; brother, George and sister-in-law, Ann. He is survived by his wife, Caroljean; children Adam (wife Jocelyn) and Lisa (husband Paul); five grandsons, Joshua, Isaac, Ethan, Devin and Luke; brothers Irvin (wife Delores), and Jerry and sister-in-law, Donna.
A Celebration of Life Service will be held Saturday, July 30, 2022 at 11:00 AM at the Life Center Ministries International 411 S. 40th Street, Harrisburg, PA 17111. A Visitation will be held on Saturday, one hour prior to the service from 10:00AM - 11:00 AM at the Church.

To send flowers to the family or plant a tree in memory of Lawrence "Larry" E. Dost, please visit our floral store.