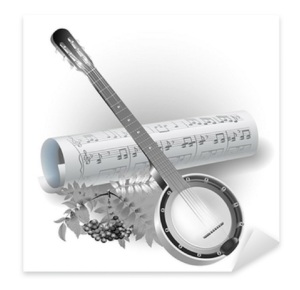 Vernon M. Martin, Jr. of Mechanicsburg, PA  died on Tuesday, September 20, 2022, at Messiah Village at the age of 78. He was the oldest of seven children born to Vernon M. Martin, Sr. and Doris Clover Hoke in Greenville, Ohio on January 13, 1944.

As a young lad Vern made a commitment to accept Jesus Christ as his Personal Savior. That commitment shaped his whole being- his work ethic, his integrity, his respect for people, his honesty in dealing with people's affairs in the classroom, at home, and everywhere in between.

Vern enjoyed learning. He graduated from Northmont High School, Englewood, Ohio in 1962. He thought he wanted to be a medical doctor like his two uncles. Rethinking the situation he decided that would be too much schooling. So instead he obtained a BA in Sacred Music from Messiah College in 1966, a BS in Music Education from Elizabethtown College in 1968, a MA in Music Education from Penn State University in 1971, became a Certified Public Accountant and obtained a MA in Taxation from Widener University in 1994.

Vern taught Junior High Music in the Big Spring School District, Newville, PA from 1966-1968 and in the Upland School District, Upland, CA from 1969-1970. He taught Accounting and Taxes for 25 years (1981-2006) at Messiah College/University. He delighted in "teachable moments".

In an attempt to prepare his personal tax return properly, he enrolled in a tax course with Tax Corporation of America. Not only did he excel in the class, he got "hooked". This led to him becoming a CPA and starting his own CPA practice. He was known to relax by completing a tax return.

Music became his avocation serving the Brethren in Christ Church as Minister of Music at Carlisle, PA; Upland, CA; Fairview, OH; and Dillsburg, PA. His calling was to direct music that would bring praise to his Lord and Savior Jesus Christ.

Work was in his bones, but he did "do leisure". The family traveled extensively using various modes of transport- train, plane, automobile, boat, and Harley Davidson Motorcycle. Yes, he enjoyed riding his Harley. His favorite travel destination was Newfoundland, Canada. Vern enjoyed playing free cell, chess, trombone, sudoku puzzles and bird watching. The empty nest syndrome was traded for square and round dancing for 20 years. Upon partial retirement he pursued trying to learn the banjo, usually mastering whatever he attempted. Parkinson's Disease did not allow him to play the banjo. Parkinson's Disease is merciless and no respecter of persons.

The family would like to thank the Hampden and Wagner neighborhoods and Compassus Hospice for his end of life care.

To send flowers to the family or plant a tree in memory of Vernon M. Martin, Jr., please visit our floral store.