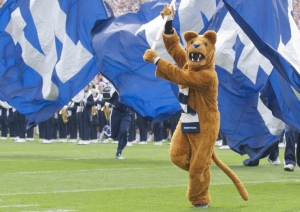 William P. Eichelberger III, of Dillsburg, better known as “Billy” to everyone that knew him and “Da-Da” to his son, passed away peacefully in his sleep Sunday, July 31, 2022, at the age of 42.

He was born on January 5, 1980 to William P. Eichelberger II and Teresa A. (Murray) Eichelberger of Dillsburg.  After graduating from Northern High School in 1998, Billy began his career working with his family’s construction business, Eichelberger Construction, Inc. dba eciGroup.  Billy started working in the field alongside some of the finest craftsmen in the area and ultimately assumed various administrative duties with the company.  In the office, Billy initially worked as an estimator and eventually assumed the duties of Vice President and Chief Financial Officer.  He was instrumental in leading the company through the many challenges faced during the recent pandemic and implemented many improvements to various company processes making the company more efficient.  Billy was so proud of the family business, working along with his father, mother, brother and many of his friends. His experience, dedication and commitment to the company was a big part of the company’s success over his 24 years.

In his younger days, Billy participated in youth baseball, football and wrestling. Billy was an avid Penn State Nittany Lion and Pittsburgh Steeler football fan attending many of the games with family and friends.  In addition to spending time with his family, Billy had a close circle of friends that he hung out with and many times could be found with them somewhere in the outdoors either at a cabin, hunting, fishing, 4-wheeling, kayaking and skiing.  He also enjoyed going on vacations, attending concerts with his family and friends and watching his son Parker play football and soccer.

Billy was such a generous and giving person with a big heart and wonderful smile.  He would give anyone the shirt off his back and was adored by so many people that knew him.  He loved his family, especially his son, who he was so proud of.  Billy left us way too early but is now in heaven, probably snoring away, and it is comforting to know that his legacy will live on through his son, Parker, and the many memories Billy leaves behind.

All are welcome to honor Billy’s life on Friday, August 5, 2022 at Christian Life Assembly, 2645 Lisburn Road, Camp Hill.  A gathering for his family and friends will begin at 5:00 PM followed by a Celebration of Life service with Pastor Wayde Wilson officiating starting at 7:00 PM. Individuals attending are encouraged to wear Penn State or Pittsburgh Steeler attire in honor of some of Billy’s favorite pastimes or something navy blue which was his favorite color.

The family will provide the flowers and suggests memorial contributions in Billy’s memory be made to a trust that is set up to help with continued care of his son, Parker through My Remembrance, which will provide the family with a personalized keepsake that lists every donor’s name who so graciously donated in his memory.

To view the Recording of Billy's Service -

To send flowers to the family or plant a tree in memory of William "Billy" P. Eichelberger, III, please visit our floral store.

Your browser does not support this video format. You should be able to view it in Chrome, Safari or Internet Explorer.